Executive Director, Nick Blasius, was thrilled for the first ever First Tee Idaho campaign to exceed his initial fundraising goal of $20k by raising a total of $63.3k. 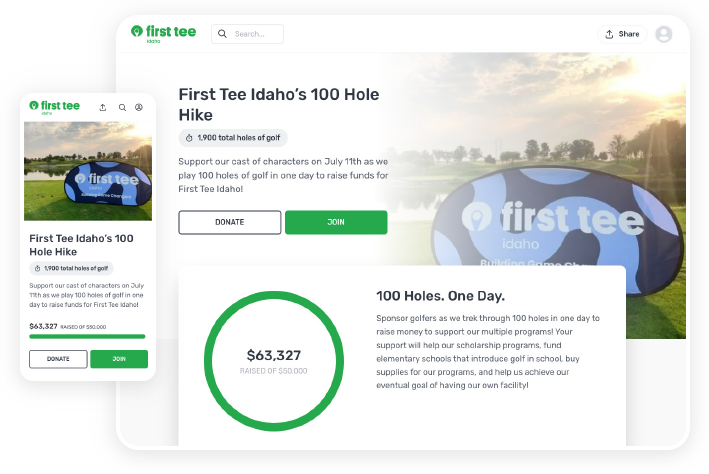 Founded in 2005, First Tee Idaho is one of over 150 chapters of First Tee organization, an organization recognized as one of the premier youth character-education programs in the country.

Lack of experience launching golf marathon campaigns - uncertainty about what kind of results to expect.

Initially, the goal was to raise $20k to support the multiple programs of the organization as well help fund the eventual goal of having their own facility.

Hired in 2019 as the executive director of First Tee Idaho, Nick Blasius was new to the world of running golf marathons when he approached the board of directors about using Pledge It.

“It was really nice pitching this campaign to our board of directors, assembling a committee and saying we already have a platform in place to run the campaign, to market the campaign and to process payments,” said Blasius.

Blasius added, “The platform seemed super user-friendly. For us, it was just a matter of if we can get the right people involved and if they’re going to want to be a part of it.”

Uncertain what to expect exactly, Blasius launched the 100 Hole Hike, an event in which golfers rally support from their personal networks by inviting them to pledge a donation for each hole a participant completes. 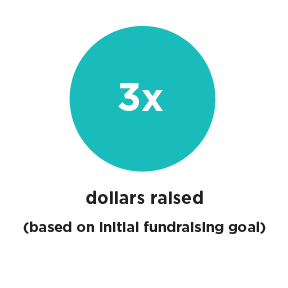 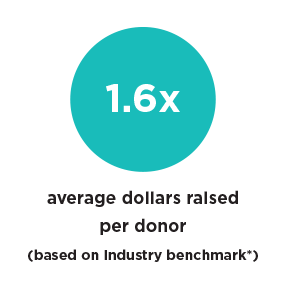 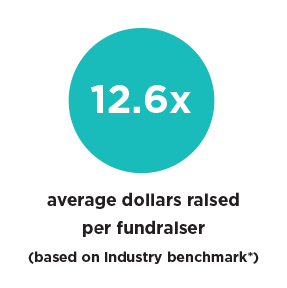 Right away, Blasius’ concerns were laid to rest. “We hit our goal of $20k within the first week and a half to two weeks. And, it just kept increasing. The user friendliness of Pledge It’s interface was a big part of that, just how easy it was for people to share on social media and text them a link directly to their page.”

When the campaign had concluded, First Tee Idaho had raised $63.3k, more than tripling their initial fundraising goal of $20k.

After the success of the 2022 campaign, Blasius and First Tee began looking to 2023 as an opportunity to increase their fundraising goals and to dive deeper into Pledge It’s expanded functionality.

“I had coffee with one of our board members, and we were just talking about goals for next year. We discussed ways we could tweak the campaign a little bit, maybe get some more people involved for the peer-to-peer component to raise another $20k. It’s clear Pledge It has deeper functionality to support our growth next year and beyond.”

With First Tee Idaho set to use Pledge It for their 2023 golf marathon, the team at Pledge It is ready to provide the support they need for success.

“This software was extremely user-friendly and helped us far and away exceed our fundraising goals for this brand new event. Our fundraisers found it easy to use, and the process to make a donation was smooth. We tripled our fundraising goal! Fantastic experience! Would recommend to anyone trying to run a golf marathon.”

How Can Pledge It Help You?

Interested in achieving similar results? We’d be happy to chat.