Hi, Colorado, I’m Tyler Polumbus, former Denver Bronco and co-host of “The Drive” on Sports Radio 104.3 The Fan. My mother Nancy passed away in April after a 6 year battle with stage 4 Ovarian Cancer and I don’t want others to suffer like she did.

Ovarian cancer is deadly and many women don’t know they have it until it’s advanced and difficult to treat. My mother wasn’t any different. She had no idea she wasn’t healthy until her stomach became bloated and she gained about 15 pounds in a very short period.

After watching my mom battle with ovarian cancer, I believe something has to change so others don’t lose their mothers, wives, sisters or daughters.

So, combining my love of bike riding and the Broncos I decided to create “Pedal with Polumbus” to BEAT Ovarian Cancer.

In memory of my mom, I’ll be riding my bike 100 miles around Empower Field at Mile High on Saturday, September 19, 2020, to raise funds for the Colorado Ovarian Cancer Alliance (COCA). I have no idea how long this ride will take me to complete, 6 hours, 7 hours, 8 hours, etc., but I am hoping you can support me on this ride - and YOU don’t even have to break a sweat!

I’m asking for your pledge per mile or a flat donation for my 100 mile bike ride around Empower Field at Mile High.  By making a donation, you can join me in helping women in our local communities on their journey through ovarian cancer by supporting COCA’s programs.

(Just so you know...a****ll "swag" will be sent to you AFTER, September 19th. COCA will reach out to you for your shirt size and mailing address.) 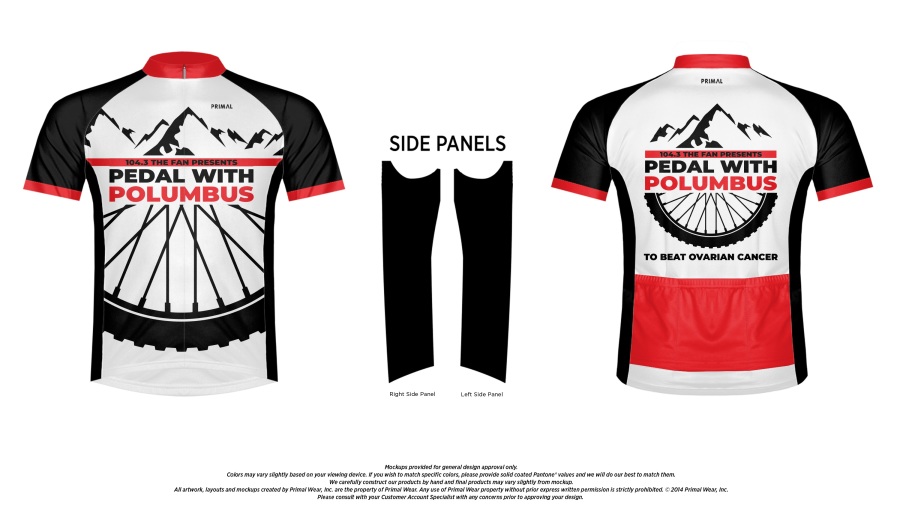 _And I might just mention your name on air during my show “The Drive” between 3 pm and 7 pm weekdays on 104.3 The Fan! TUNE IN!  _(If you don’t want your name read, please email Jeanene@Colo-OvarianCancer.org.)

NOTE: When making a donation, you will be prompted to add a “tip” for the PledgeIt platform that provides their service to non-profits for free. This is an OPTION. You may zero out the tip portion if you choose.

CYCLISTS:  ALL Relief Rider positions have been spoken for! THANK YOU!! 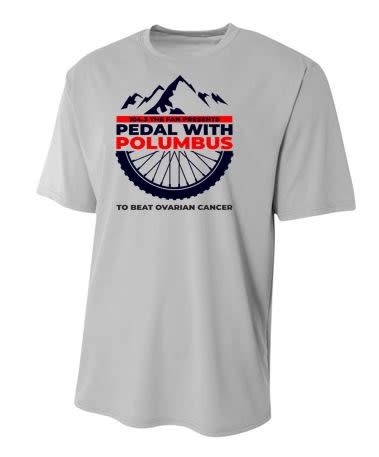 *T-shirts are provided by Denver Athletic. *

More info about me: I’m a Denver-native who played football at every level in Colorado. After graduating from Cherry Creek High School, I was named team captain at the University of Colorado. As a member of the Denver Broncos, I was a part of the Super Bowl 50 championship in 2016. My eight-year NFL career also included time with the Seattle Seahawks, Washington Redskins, and Atlanta Falcons.

I currently host “The Drive” on Sports Radio 104.3 The Fan, where I began broadcasting in 2016. I graduated from CU with a degree in business management, and our family currently resides in Parker.

There is NO TEST for ovarian cancer, so symptom recognition and risk factor knowledge is key to an early diagnosis and longer life.

Special thanks to our Pedal with Polumbus Sponsors: