Jimmy Moceri was a high school basketball star fielding offers from universities across the country. Then a car accident changed everything.

Jimmy Moceri was a promising basketball player entering his senior year at Dakota High School in Macomb, Michigan. He was set to return as captain to a team that finished 21-3 the previous year. Division 2 and even some D1 schools had taken notice of his skills, and were making recruitment pitches. He was ready to build his game and compete for a state title. But one car accident changed everything.

Moceri had fallen asleep at the wheel and was badly injured in the single-car crash. He can remember answering questions from first responders. But can also remember not being able to feel anything. At just 17 years old, he was paralyzed.

“At the time of the injury, it was so hard to really comprehend the severity of everything happening. Once I started to fully understand the situation, being an athlete, I always had the mindset that I was going to overcome the injury no matter how hard it would be.” He would go on to do just that; overcome his injury and compete on the hardwood again, but not quite in the way he imagined.

Moceri went into his final year of high school as an assistant coach; a far different role than the one he expected to fill. Soon after, he met Jerry Sarasin. Sarasin is a wheelchair basketball instructor from Michigan State University who was familiar with Moceri’s game and his accident. He eventually convinced Moceri to come with him to a wheelchair basketball practice, then play on a team.

In spite of the advantage his natural shooting ability provided, Moceri wasn’t initially thrilled at the prospect of playing wheelchair basketball. Sure he could shoot, but he wasn’t the complete player he was when playing able-bodied basketball. “The first few times I went I wasn't a big fan. I enjoyed it, but I wasn't great at anything except shooting the ball, and it just wasn't the same,” he said.

The turning point was a pump fake and drive to the basket for a layup. “That’s when it sort of clicked with me that I’m onto something. It took some time, but once I started to really get good at all facets of the game, I was hooked.” To say he’s now excelling would be an understatement. Moceri has had seasons where he’s averaged averaged over 30 points per game, and is playing for the Mary Free Bed Pacers, a D1 team in the National Wheelchair Basketball Association (NWBA).

The friends he has made through basketball, rehab, and other activities have become something of a second family to Moceri. “I’ve met so many amazing people with all different sorts of disabilities,” he explained. “They’ve truly helped me so much in being a better person, in living my new life, and becoming the athlete I am today.”

That’s why he setup a cycling fundraiser with Pledge It to benefit the Christopher and Dana Reeve Foundation, and its mission to cure spinal cord injury through innovative research. Starting on May 7th Moceri will be hand cycling—an activity he’s picked up to stay fit in his basketball offseasons— and supporters can pledge per mile he bikes to benefit the foundation. 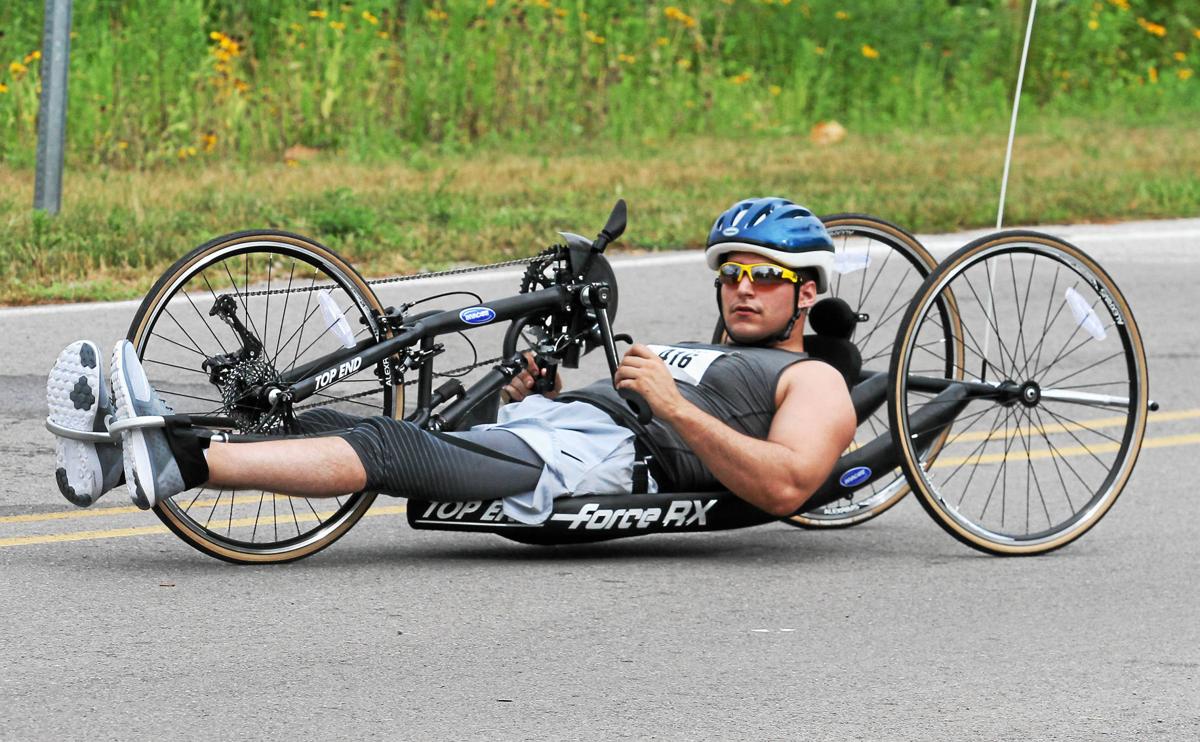 Starting the 7th and going through June 9th, Moceri is set to do 15 rides between 10-20 miles per ride to reach his 275-mile goal. He’ll be biking a lot of miles, but his mission will provide the extra motivation.

“Knowing it's going to such a great foundation, and to potentially help and be a part of a cure one day is really going to drive me once I get started,” he said. I've been working really hard on getting the pledges to make that 'amount per mile' as high as possible.”

Moceri has built a community of followers on a Facebook page he has setup for the rides. He sends out constant updates of the campaign’s success and will post the results of his rides. The hard work has paid off to the tune $2,620 so far and he will continue to build toward his $5,000 goal.

“I am so excited [to present the check to the Christopher and Dana Reeve Foundation]. This is the first time I’ve led a cause like this” Moceri explained. “It’s going to be extremely rewarding on many levels. To complete, stick to, and ride the amount of miles, as well as to give and raise a lot of money for an amazing foundation will be pretty special, and something I will not forget.”