Von Miller Giving Kids Gift of Sight for Every Sack

Denver Broncos’ all-pro linebacker Von Miller struggled with his vision as a child. Von remembers times when he went to elementary school without glasses or was made fun of because of how his glasses looked. He can vividly recall having to make the agonizing choice whether or not to wear his glasses to school each day.

Without glasses, it was impossible for him to see, impossible to get any work done. But with glasses, it was nearly impossible to maintain a positive self-image. The challenges Miller faced as a child left a lasting impact and now, as an NFL superstar, he’s working to ensure no child suffers the same challenges. That’s why he created Von's Vision— to give kids the gift of sight. “My primary focus is to get glasses on more kid’s faces. It’s something that’s near to my heart as I’ve been wearing glasses all my life.”

Studies have shown that poor eyesight negatively affects academic performance, as well as social behavior. It can often be overlooked just how harmful poor vision can be to a child's development if left uncorrected. 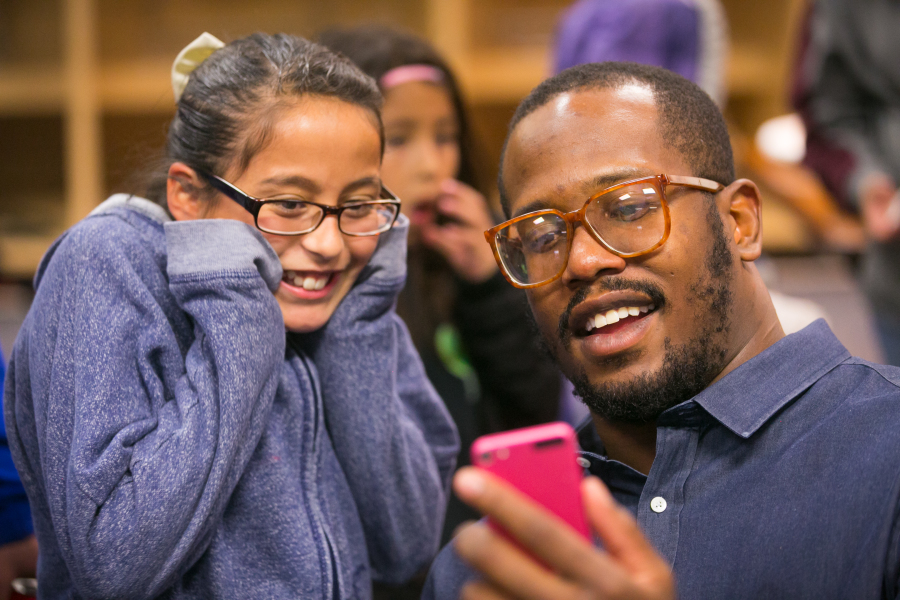 In fact, one study reports that 30 percent of children who experience vision problems are negatively impacted in terms of long-term health, school performance and emotional or social development. Visual difficulties can affect children’s ability to learn, resulting in academic underachievement and the risk of reduced adult literacy.

The scale of the problem cannot be overstated, as recent data collected suggests that 38% of children in the United States need some form of vision correction. Miller knows first-hand the specific difficulties that can be caused by having poor vision as a youth. As he was once one of those kids, Miller believes he has a responsibility to use his platform as a star NFL player to help.

When he was just six years old, as a kid in south Dallas, his family was approached by a homeless man, asking for money for food. Not quite sure how to articulate his passion to give at that age, young Von began crying. “I’m looking at what me, my mom, my brother were driving in. I’m looking at the type of home that we live in. And I’m like, ‘Man, we can give something back to him.’”

Now, some 24 years later, Miller has the opportunity to give back in a big way. That’s why, for the 2019 NFL season, Miller is taking the mission of Von’s Vision to the field, inviting fans to pledge for every quarterback sack he records this season, to the benefit of underprivileged children.

“Some of the problems that these kids have, I struggled with when I was young. A lot of the problems they have, I can relate to,” Miller explained. “That’s why I started my Sacks for Sight Pledge It campaign. It’s a great way to turn on-field achievements into off-the-field impact.” All the money earned in Miller’s “Sacks for Sight” campaign helps provide vision screenings and a pair of glasses for kids whose families can’t afford them.

Miller has gone out of his way to connect with his fans, in order to support his mission. As part of the reward for donors and pledgers to his Sack for Sight campaign, the Super Bowl 50 MVP has offered video chats with fans, custom “I see You T-shirts,” and a chance to tour the Broncos’ practice facility. The three-time pro bowler has pulled out all the stops to grow his campaign, as he works to support these disadvantaged youths.

Von’s Vision centers have popped up at Boys and Girls Clubs around the Denver, Co. area and their impact has already been felt. Since its inception, Von's Vision has provided more than 5.1 million dollars in vision care and eyewear to over 8,500 kids. If Miller has his way, that will only be the start.

Miller hopes his work and the mission of Von’s Vision will have a lasting impact. “As a football player, you have a short moment to be great, and you want that short moment to live as long as possible. Whether that’s on the football field or off the football field, I want to create a legacy that’s going to last a while.” Von said. “When I wake up in the morning and I roll out of bed and I see the things that I have, I feel there’s so much that I can give to people. And if I can do it, I’m going to do it.”

Discover the power to earn funds for the causes that matter most to you.