When Pennsylvania’s Red Land Little League clinched their spot to represent the Mid-Atlantic Region at the 2015 Little League World Series, they would soon be on youth baseball’s biggest stage. The team wanted to use their new spotlight for a cause and shine it on kids battling pediatric cancer. But with only a few days until the first pitch, they needed a quick and effective fundraising solution. They knew PLEDGE IT was their answer!

The team launched the “Red Land Vs. Cancer” PLEDGE IT campaign just 3 days before they took the field for their opening round game. Fans could pledge to donate for every run the team scored throughout the Little League World Series to benefit the Vs. Cancer Foundation and Penn State Hershey Medical Center.

Red Land quickly became one of the top stories of the World Series, belting in runs at a dizzying pace on their way to becoming U.S. Champs and earning a spot to play Japan for the LLWS title. Their PLEDGE IT campaign equaled the team’s on-field success, raising $14.8K in only two weeks!

The campaign fueled the team’s motivation to perform and their fans desire to support the cause. Within the short timeframe, their campaign was shared over 2,000 times on Facebook and generated more than 500,000 Twitter timeline impressions!

PLEDGE IT empowered Red Land to tap into their community’s genuine enthusiasm for their LLWS appearance and earn donations by simply playing the game they love!

You can view the campaign here: https://pledgeit.org/red-land-vs-cancer. 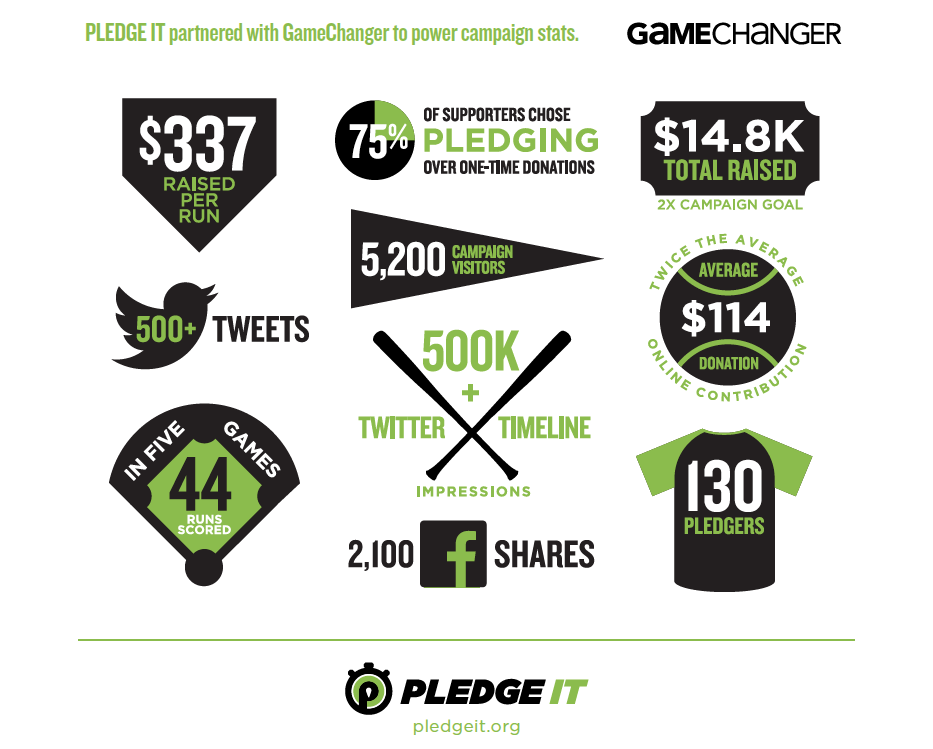