The Vs. Cancer Foundation is a non-profit organization dedicated to saving kids’ lives by empowering athletes and communities to fund lifesaving childhood cancer efforts. During the 2015 MLB season, the Vs. Cancer Foundation partnered with Kyle Seager of the Seattle Mariners, a teammate of Chase Jones in college, to launch the Seager Vs. Cancer campaign. Baseball fans around the country had the opportunity to pledge any dollar amount for every hit Kyle earned during the season. The Seager Vs. Cancer campaign raised $60,184 for childhood cancer research.

Check out the highlights of the Seager Vs. Cancer campaign and learn what fundraising techniques allowed the Vs. Cancer Foundation to crush their campaign goal with performance based fundraising. 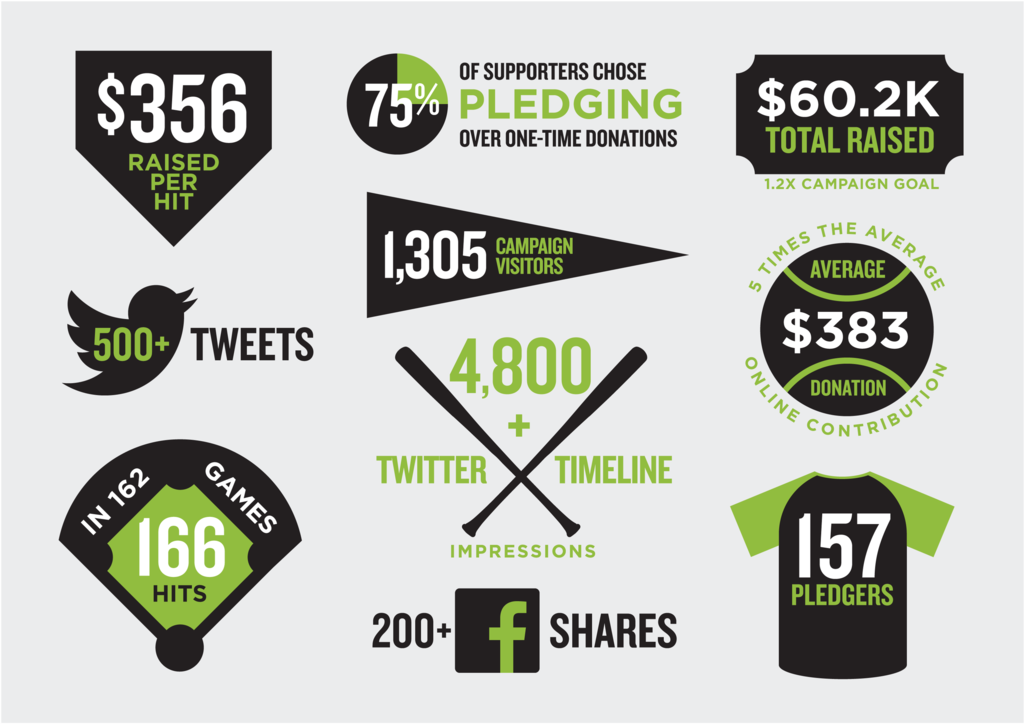 The Vs. Cancer Foundation quickly learned the power of pledging in the first 100 hours of launching their campaign when less than 100 people raised more than $30,000 for their campaign. Their remarkable success was the result of strategic goal setting focused on creating urgency with fans to give while simultaneously encouraging them to give more. The two strategies implemented by the nonprofit were a matching pledge option and exclusive incentives for anyone who pledged at various pledge tiers.

The Vs. Cancer Foundation proposed to the Seager's to offer a matching pledge for the first 100 people who pledged in order to create urgency around giving. Also, limiting it to the first 100 people created extra motivation for people to give more because every extra dollar that was given meant extra dollars for the campaign. Keep in mind Vs. Cancer opted out of asking the Seager's to make a matching donation, which is a common option a nonprofit will propose. Matching donations can be effective solution to motivate people to give but do not properly engage people to give more. Consider a matching pledge option when working with a professional athlete or team. 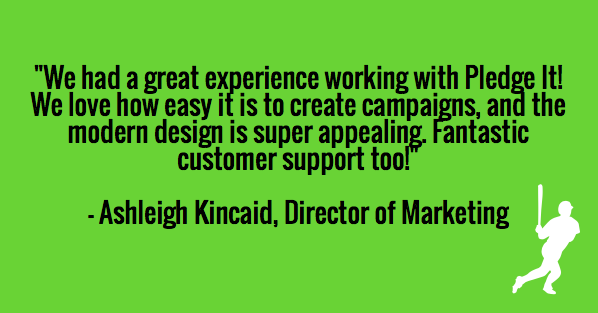 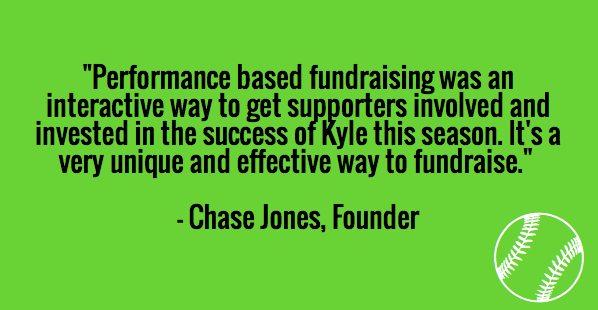 Hitting the Campaign Goal and Setting a New Goal

One of the reason the Vs. Cancer Foundation was successful in hitting their goal is because they focused on their own networks first for contributions. Always remember to try and raise the first 25% of your goal through your own networks. Any easy way to figure out your campaign goal is to create a list of friends, family members, and current donors. Calculate the approximate amount you think they will contribute, and use this amount to represent 25% of your goal. The benefit of raising the first 25% of your goal through your own network is that visitors will see others trust you with their money. This creates confidence and gives your campaign extra momentum

For professional athletes, fundraising for their favorite charitable cause during the season can be extremely difficult. Most athletes go on lockdown once the season starts and simply stay engaged with fans through social media. This is why Pledge It was designed to enable busy professional athletes to raise money for their favorite cause with little to no involvement. Through our fully integrated social media feature, athletes can easily share a message about the campaign with their fans before each game.

For nonprofits with a relationship to a professional athlete, Pledge It can act as a solution that makes it easy for both parties to work together and raise donations during the season. For the Vs. Cancer Foundation, their Pledge It campaign was a new way to engage current donors as well as a creative way to acquire new donors. 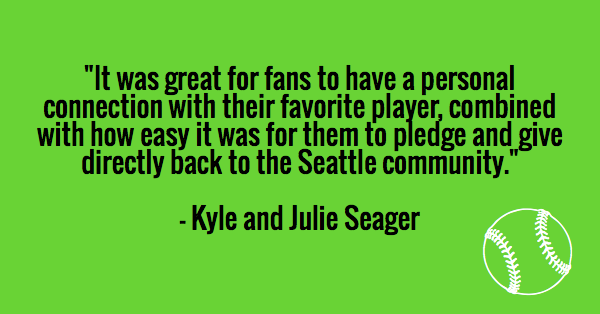