Jen Marlowe has made an annual trip to Gaza for years. In these trips she's forged bonds with several families. This year, her visit happened to be during the Palestine Marathon, delivering an opportunity for Marlowe to make a difference in those families' lives.

Jen Marlowe is a writer, a director, and a playwright. But her true passion, and the subject for most of her work, centers around advocating for human rights. That’s what convinced her to complete an athletic achievement she never thought to accomplish: she ran a marathon.

“In the past, if someone asked me, ‘hey, do you want to run a marathon?’ My first thought would be ‘no, that sounds horrible,’” she said with a laugh. But that was before she found out the organization that founded the Palestine Marathon—Right to Movement— established the race as a platform to highlight the lack of freedom of movement that many Palestinians are subject to.

While the ability to use the marathon to advocate for human rights was a draw, Marlowe had another concern: she had also grown close with four children that had suffered various hardships, and were in need of financial support. So the challenge became, how to connect the two passions?

“It’s not just a marathon, there’s a meaningful reason to participate,” Marlowe explained about the decision to run. “If I’m ever going to run a marathon, this would be the one. Once I realized I was going to do it, that’s when I thought ‘Ok, how can I leverage this to raise money for those kids?”

She then discovered that with a Pledge It campaign, she could easily use her own athletic achievement—running her first marathon—to raise money for the four children and their families she’d become connected with through her many travels to Palestine.

Sixteen-year-old Ahmad has lived through experiences that are beyond nightmarish. His older brother was killed by the Israeli army months before he was born. At age nine he was hit in the stomach by shrapnel from a tank and barely survived the injury. In 2014, a fighter jet bombed his uncle’s home, killing 11 members of his family who were inside. His goals in life are simple: to complete a course that will allow him to train for a career repairing smartphones.

This past October Mohammed was shot in the right knee during the Great Return March. As just a 12 year-old boy he had an artery and nerve in his right knee severed, and was at risk of losing his right leg. Mohammed was one of the many Palestinians the marathon served to benefit. The surgery he needed could not be performed in Gaza, and the Israeli army had refused multiple permit requests so he could travel to Jerusalem for the surgery.

Rama is a four-year-old little girl from the Khan Younes refugee camp. She has profound hearing loss, which very well could have been caused from the shelling and explosions that occured when she was born. Marlowe helped raise money several years ago to cover her hearing aid, but Rama is also in need of a year’s worth of speech therapy. 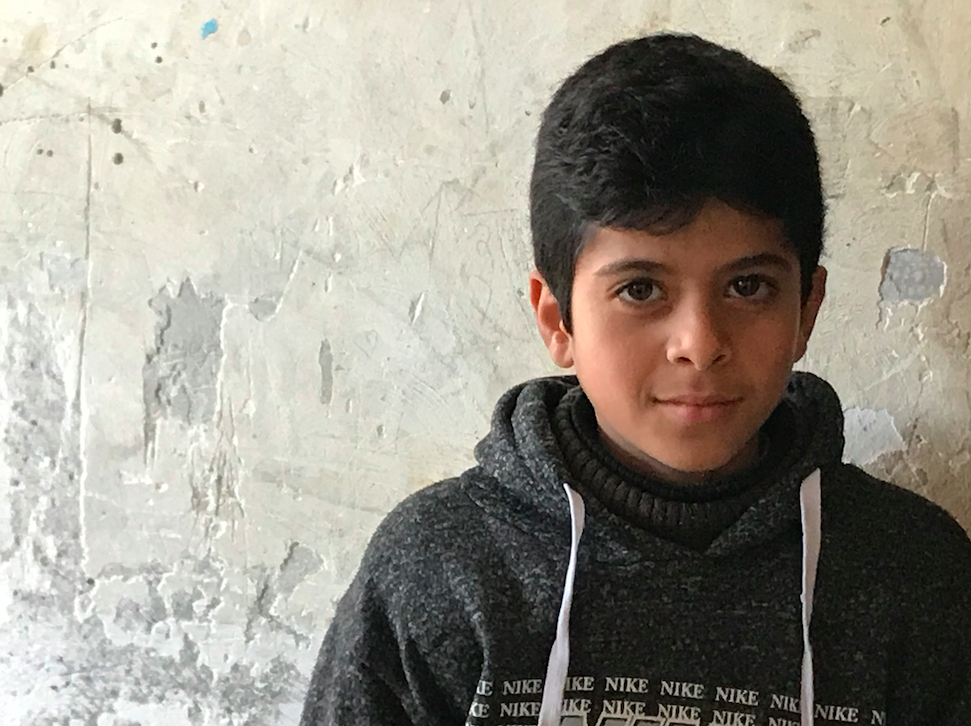 Abdallah has a rare chest and lung disease that requires ongoing treatment. Marlowe met his father when she interviewed him for an article in 2015, and has helped to support his treatment ever since.

Part of what drew Marlowe to the marathon was luck. She happened to be in Palestine writing articles related to human rights when it was taking place. When she recognized the humanitarian nature of the run, and that she could leverage it to do even greater social good, it became a no brainer.

Training for the marathon in the West Bank and Gaza delivered daily reminders as to why this marathon was so important. “Every place I was training, every place I went had a lot of resonance in terms of my own associations,” she explained. “The marathon itself was overlaid with these associations having to do with the violations of people’s human rights.”

Marlowe’s first training was 15 miles through the West Bank. That is where she ran from a home that had been firebombed in 2015, killing the parents and small child inside, to a village where a farmer had been shot and killed just weeks before.

“The idea I could [run the marathon] and leverage it so it goes to a greater purpose, a greater good, is incredibly meaningful,” Marlowe explained about the nearly $12,000 she earned to support these four families, as well as her umbrella organization, Donkeysaddle Projects. “It’s really concrete. This little boy that had surgery, his family’s ability to afford the things he needs to heal, that’s directly because of running this marathon. That this little girl is going to be able to have the speech therapy she needs to be able to communicate for the rest of her life, that’s because of running this marathon.”

Marlowe believes the passion behind her campaign is in fact what made it so successful. She increased her goal three times, from six thousand dollars to ten thousand dollars and advises anyone else considering a charitable campaign to demonstrate their passion.

“Communicate your own personal investment when you’re telling the story. Demonstrate your own passion for the issue. The more personal you can make it [the better]. The reason people are going to give, most of the time it’s because they know you and are connected to you.”