As a company commander in the U.S. Army with a Master's degree in psychology, Frank Hill is all too familiar with the effects PTSD can have on soldiers. That’s why he performed a pledge-per-mile fundraiser benefiting Permission to Start Dreaming, a non-profit organization dedicated to getting veterans in need the help they deserve.

As a company commander in the warrior transition battalion, Captain Frank Hill witnessed first-hand the physical and mental effects battle can have on a soldier. As Hill facilitated the treatment for nearly 200 soldiers suffering from ailments including missing limbs, post-traumatic stress disorder, and traumatic brain injury, he advocated for them to receive proper healthcare, get them back on their feet, and transition back into, or out of, the army. Unfortunately, the help available was not enough for some. “It was the best job I ever had,” Hill explained. “But I still lost several troops to suicide within that company.”

His work in that battalion was not the only exposure he’s been confronted with when it comes to veteran suicide. In 2013 he lost his best friend, who was suffering from PTSD. He has also since grown close to Leslie Mayne, a mother that lost her son to drug overdose the weekend the VA sent him home. She went on to found the Permission to Start Dreaming Foundation, a non-profit organization dedicated to providing therapy for veterans.

Now, Hill is ruck marching 22 miles per week with 22 pounds of weight on his back to earn funds toward her foundation. A ruck march is a staple in the military, often performed during basic training. “Everybody hates doing it,” Hill explained. “It’s something I hated doing, but I’ve since fallen in love with it. The passion behind why I’m doing it makes me see it in a different light.” 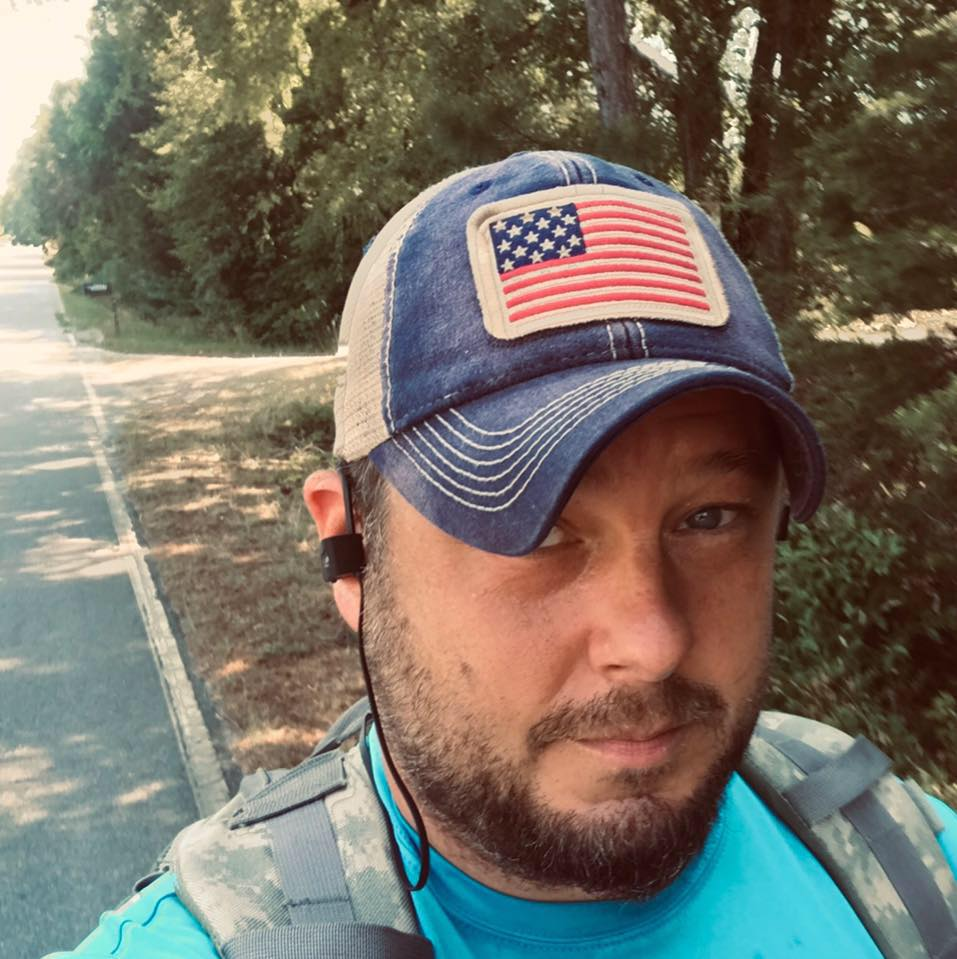 The 22 miles and 22 pounds represent the staggering average amount of daily veteran suicides: 22. His fundraiser shot past his goal of $2,200 and ended up clearing $2,500.

“I’m not aware of anything else killing 20 people a day that is directly related to service. It’s preventable, in my opinion. The VA is understaffed and underpaid. They are just now starting to work out some legislation where troops can get outside care,” he said. Hill also lost over 50lbs through the ruck marches, making his campaign one that benefitted his mind, body, and soul. “The support I’ve gotten for this cause has been immense. I get goosebumps thinking about it. For me to be able to contribute this much, it feels fantastic.”

The money earned will go toward funding alternative therapies that have proven to be effective treatments for veterans, such as equine therapy, farming initiative, massage therapy and boulder crest retreats. Veterans go for a week at a time, talk about their experiences, and gain connections with each other through similar circumstances that they’ve been through.

Hill encourages anyone going through any sort of depression or funk to reach out for the help they need. “When I served, I was attached to some of the toughest human beings you’d ever imagine. When they’re faced with these things, they break down just like everybody else. It affects people at different levels and different severities. There’s absolutely no shame in asking for help. There are a lot of sympathetic ears out there.”

Discover the power to earn funds for the causes that matter most to you.